Skip to main content
Advanced search
Question
Suppose a soccer player kicks the ball from a distance 30 m toward the goal. Find the initial speed of the ball if it just passes over the goal, 2.4 m above the ground, given the initial direction to be $40^\circ$ above the horizontal.
Question by OpenStax is licensed under CC BY 4.0.
Final Answer
$18\textrm{ m/s}$
Solution Video 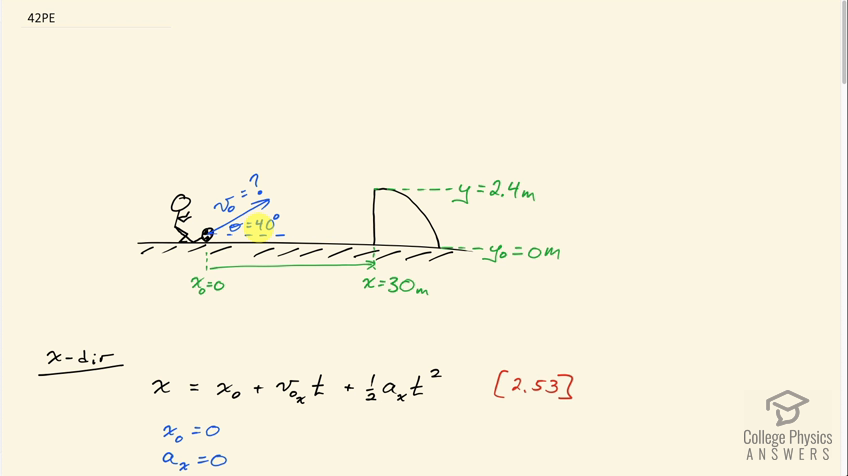 Hi becky, thank you for the question. The issue is the assumption that $V_y = 0$ when the ball is above the goal. 'just passed over the goal' could occur while still having a vertical component of velocity. Making this assumption presumes that the goal is at the half way point of the ball's range.
All the best,
Shaun

In reply to This is how I approached it,… by becky tsang