Skip to main content
Advanced search
Question
The free throw line in basketball is 4.57 m (15 ft) from the basket, which is 3.05 m (10 ft) above the floor. A player standing on the free throw line throws the ball with an initial speed of 8.15 m/s, releasing it at a height of 2.44 m (8 ft) above the floor. At what angle above the horizontal must the ball be thrown to exactly hit the basket? Note that most players will use a large initial angle rather than a flat shot because it allows for a larger margin of error. Explicitly show how you follow the steps involved in solving projectile motion problems.
Question by OpenStax is licensed under CC BY 4.0.
Final Answer
$\theta_1 = 30.4^\circ$
$\theta_2 = 67.2^\circ$
Solution Video 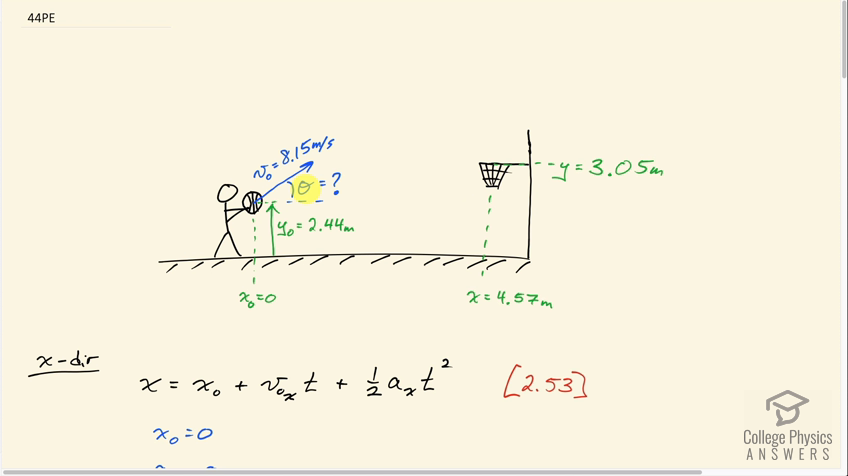 Hey Shaun just a heads up the text has updated and the initial velocity has been changed to 7.15m/s

In reply to Hey Shaun just a heads up… by johngrose