Skip to main content
Advanced search
Question
Suppose a pilot flies 40.0 km in a direction $60^\circ$ north of east and then flies 30.0 km in a direction $15^\circ$ north of east as shown in Figure 3.61. Find her total distance $\vec{R}$ from the starting point and the direction $\theta$ of the straight-line path to the final position. Discuss qualitatively how this flight would be altered by a wind from the north and how the effect of the wind would depend on both wind speed and the speed of the plane relative to the air mass.
Question Image
Question by OpenStax is licensed under CC BY 4.0.
Final Answer
$64.8 \textrm{ km, } 40.9^\circ \textrm{ N of E}$
Solution Video 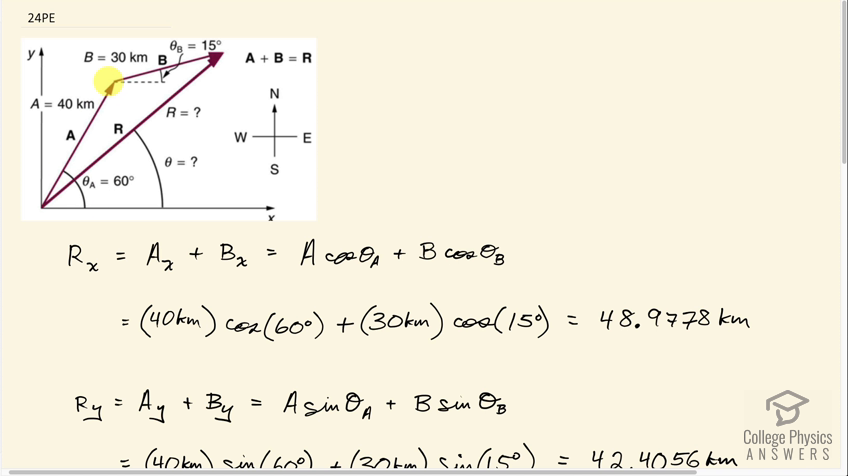