A commercial airplane has an air speed of 280 m/s due east and flies with a strong tailwind. It travels 3000 km in a direction $5^\circ$ south of east in 1.50 h. (a) What was the velocity of the plane relative to the ground? (b) Calculate the magnitude and direction of the tailwind's velocity. (c) What is unreasonable about both of these velocities? (d) Which premise is unreasonable? 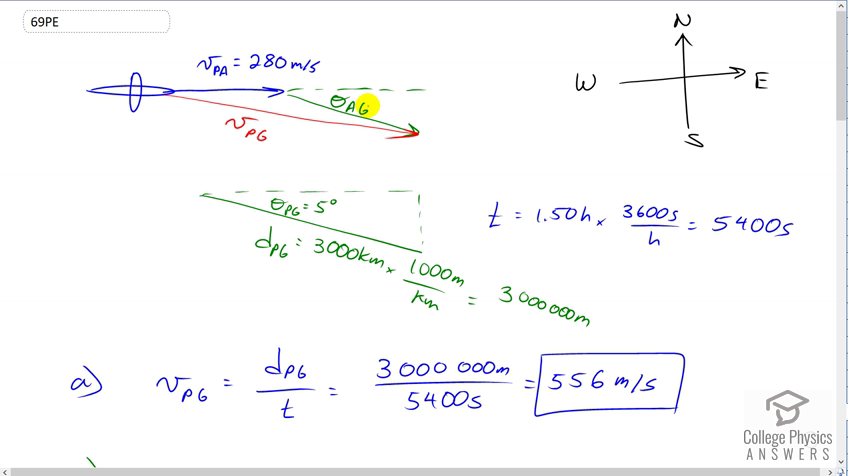