Skip to main content
Change the chapter
Question
A ball is kicked with an initial velocity of 16 m/s in the horizontal direction and 12 m/s in the vertical direction. (a) At what speed does the ball hit the ground? (b) For how long does the ball remain in the air? (c)What maximum height is attained by the ball?
Question by OpenStax is licensed under CC BY 4.0.
Final Answer
Solution Video 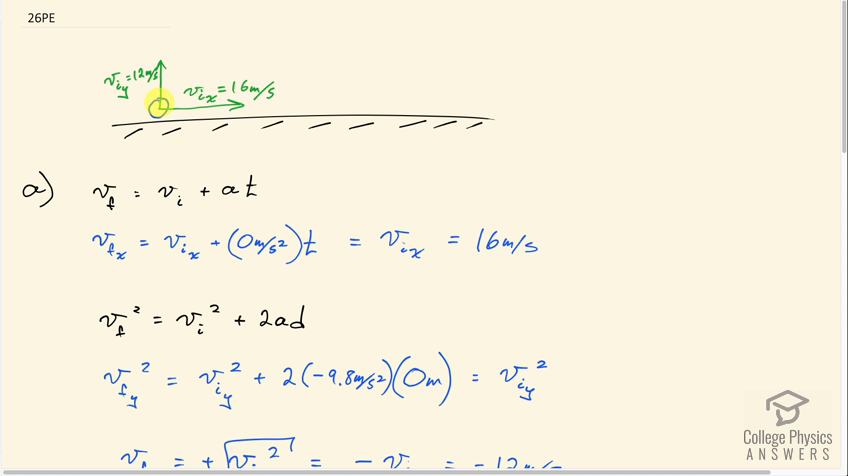