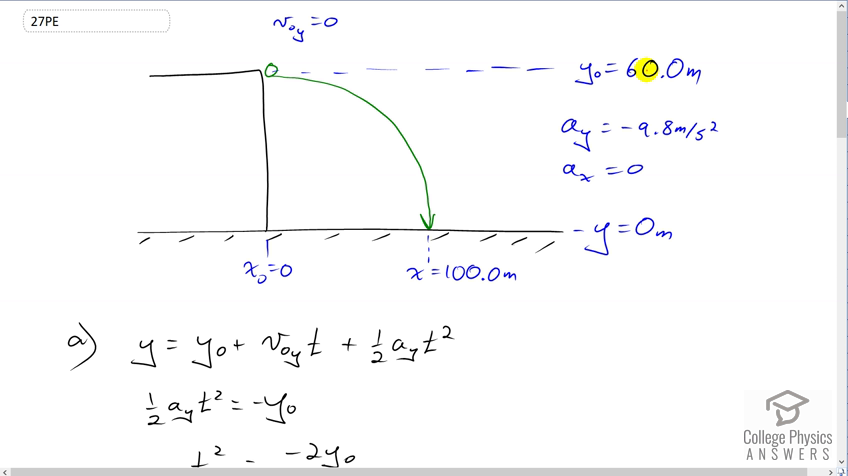 Hi Helen, good question. I think, but correct me if I'm wrong, what you meant to say was with a $g$, not an $a$, as $y = y_o + v_ot - 1/2 g t^2$. Would you agree? The version I'm showing is more generic, and $y$ can represent any position, not just the vertical position that $y$ is traditionally associated with. In your version, however, $y$ specifically refers to the vertical direction, assumes that upwards is the positive direction (and consequently down is negative), and that the acceleration takes place near the surface of Earth, in which case $a$ becomes $-g$. The short answer is that your equation is the same as mine, except with $-g$ substituted in place of $a$.
All the best,
Shaun

In reply to Hello! My version of the… by Helen