A seagull flies at a velocity of 9.00 m/s straight into the wind. (a) If it takes the bird 20.0 min to travel 6.00 km relative to the Earth, what is the velocity of the wind? (b) If the bird turns around and flies with the wind, how long will he take to return 6.00 km? (c) Discuss how the wind affects the total round-trip time compared to what it would be with no wind. 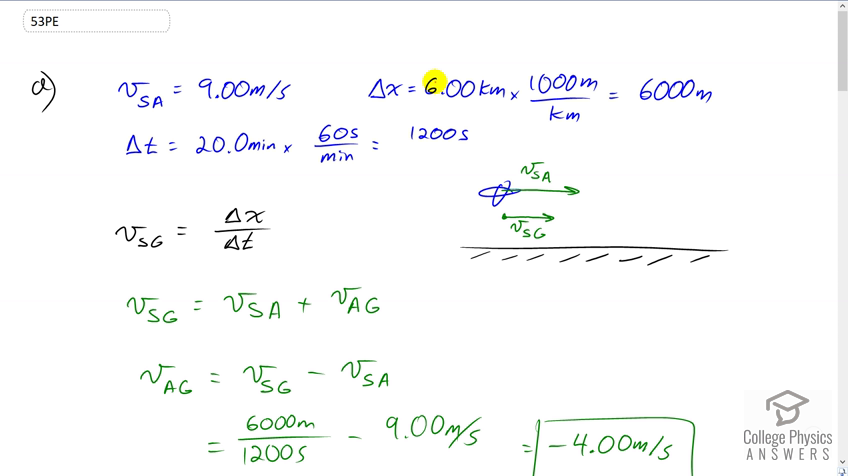 Why not Vsa = Vsg + Vga like the relationships you did in 52? I'm not understanding how to know what the given V relates to and then how to set up the equation the right way. Please explain. Thx.

I don't understand the setup around 2:10. Vag points left - shouldn't it be negative? and then at 3:40, why do you turn Vsa around to point left?

In reply to I don't understand the setup… by blueFZ07