Note: while the final answer is correct, there is confusion in the video owing to the fact that I mistakenly labeled two vectors both $E$. There should be 7 vectors labeled $A$ to $G$. The numerical work is correct in that there are 7 terms in the expression for $R_x$. There are only 6 terms in the expression for $R_y$ since vector $D$ has no vertical component. This video has been flagged for a re-do. 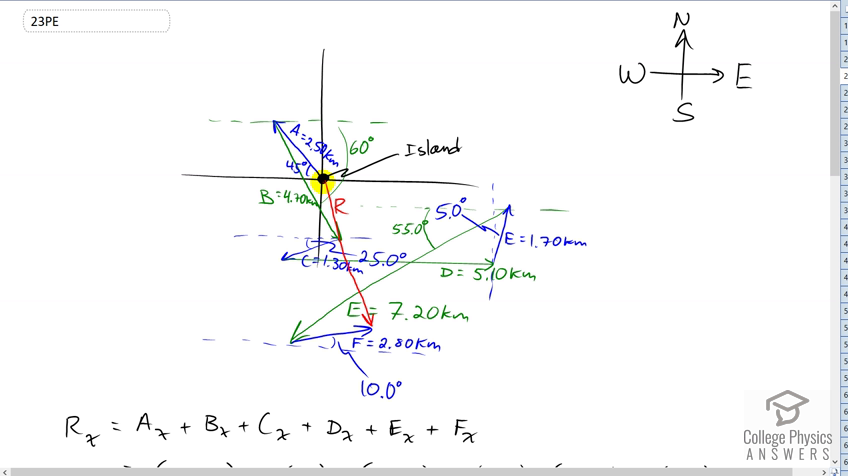 Hello Openstax2021, thank you noticing the issue here. The issue is not that I forgot vector G, but rather than I labeled two different vectors both with the letter E. The final answer is correct, but obviously this creates confusion, and I have flagged the video for a re-do. With the intended vectors A to G, there are 7 vectors. There are 7 terms in the numerical expression for $R_x$, which is correct, although, confusingly, only 6 in the algebraic expression. There are only 6 terms in the expression for $R_y$ since vector $D$ is entirely horizontal. While the final answer is correct, this error obviously needs to be corrected some time.
All the best,
Shaun

In reply to It goes all the way to… by Openstax2021