Skip to main content
Advanced search
Question
The Sun produces energy at a rate of $4.00 \times 10^{26} \textrm{ kg}$ by the fusion of hydrogen. (a) How many kilograms of hydrogen undergo fusion each second? (b) If the Sun is 90.0% hydrogen and half of this can undergo fusion before the Sun changes character, how long could it produce energy at its current rate? (c) How many kilograms of mass is the Sun losing per second? (d) What fraction of its mass will it have lost in the time found in part (b)?
Question by OpenStax is licensed under CC BY 4.0.
Final Answer
Solution Video 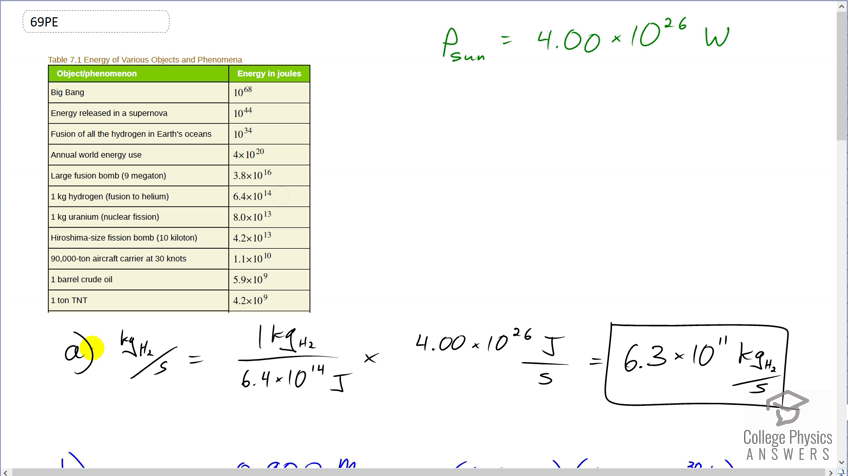 Solutions for problems in chapter 28