Skip to main content
Advanced search
Question
Show that if you have three polarizing filters, with the second at an angle of $45^\circ$ to the first and the third at an angle of $90.0^\circ$ to the first, the intensity of light passed by the first will be reduced to $25.0 \%$ of its value. (This is in contrast to having only the first and third, which reduces the intensity to zero, so that placing the second between them increases the intensity of the transmitted light.)
Question by OpenStax is licensed under CC BY 4.0.
Final Answer
Please see the solution video.
Solution Video 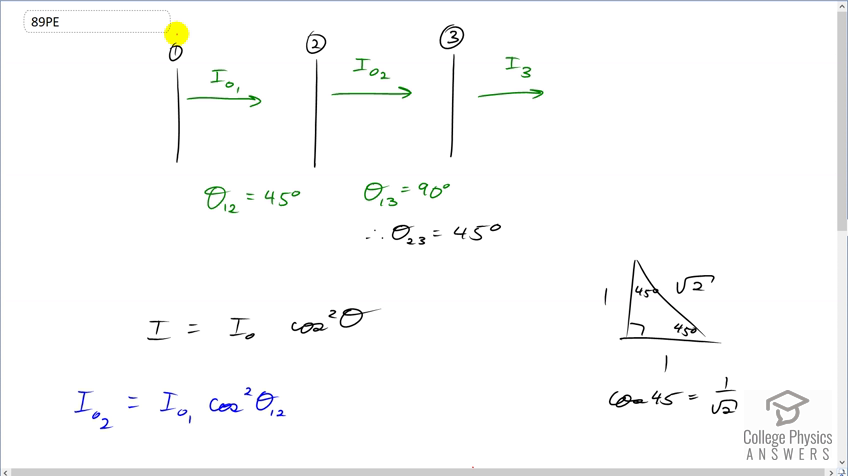