Skip to main content
Advanced search
Question
One easy way to reduce heating (and cooling) costs is to add extra insulation in the attic of a house. Suppose the house already had 15 cm of fiberglass insulation in the attic and in all the exterior surfaces. If you added an extra 8.0 cm of fiberglass to the attic, then by what percentage would the heating cost of the house drop? Take the single story house to be of dimensions 10 m by 15 m by 3.0 m. Ignore air infiltration and heat loss through windows and doors.
Question by OpenStax is licensed under CC BY 4.0.
Final Answer

The cost of heating would drop by 12%. 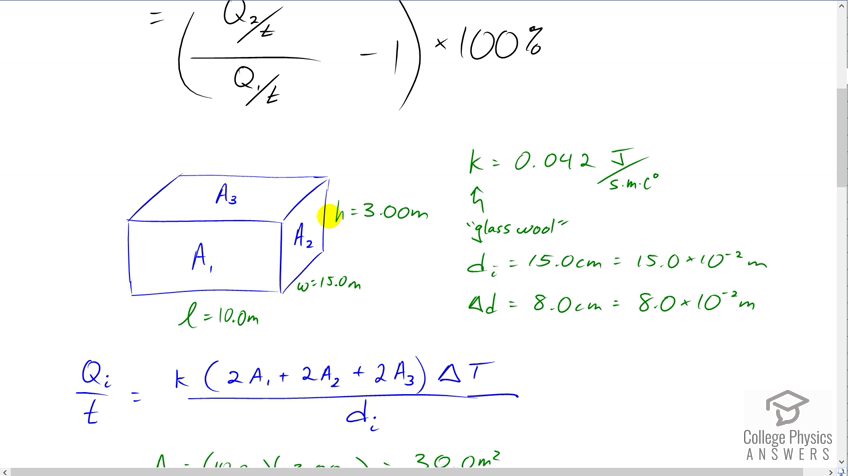