Skip to main content
Advanced search
Question
If you pour 0.0100 kg of $20.0 ^\circ\textrm{C}$ water onto a 1.20-kg block of ice (which is initially at $-15.0^\circ\textrm{C}$), what is the final temperature? You may assume that the water cools so rapidly that effects of the surroundings are negligible.
Question by OpenStax is licensed under CC BY 4.0.
Final Answer 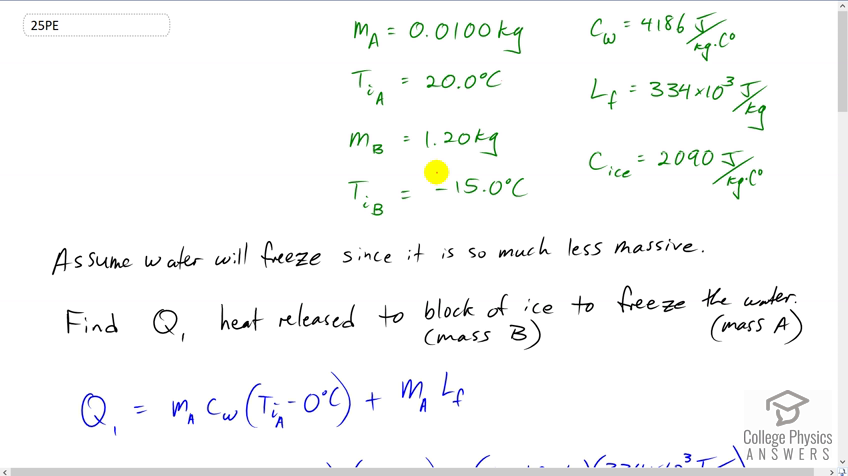