Skip to main content
Change the chapter
Question
A toy gun uses a spring with a force constant of 300 N/m to propel a 10.0-g steel ball. If the spring is compressed 7.00 cm and friction is negligible: (a) How much force is needed to compress the spring? (b) To what maximum height can the ball be shot? (c) At what angles above the horizontal may a child aim to hit a target 3.00 m away at the same height as the gun? (d) What is the gun’s maximum range on level ground?
Question by OpenStax is licensed under CC BY 4.0.
Final Answer 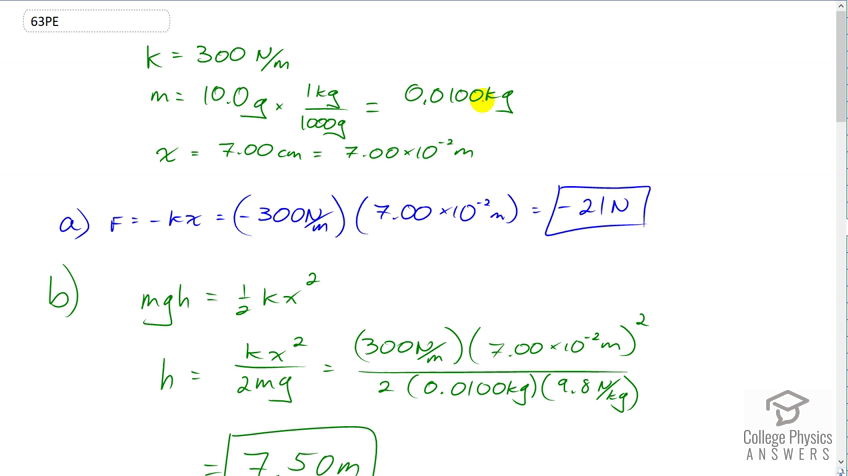