Skip to main content
Change the chapter
Question
A 105-kg basketball player crouches down 0.400 m while waiting to jump. After exerting a force on the floor through this 0.400 m, his feet leave the floor and his center of gravity rises 0.950 m above its normal standing erect position. (a) Using energy considerations, calculate his velocity when he leaves the floor. (b) What average force did he exert on the floor? (Do not neglect the force to support his weight as well as that to accelerate him.) (c) What was his power output during the acceleration phase?
Question by OpenStax is licensed under CC BY 4.0.
Final Answer 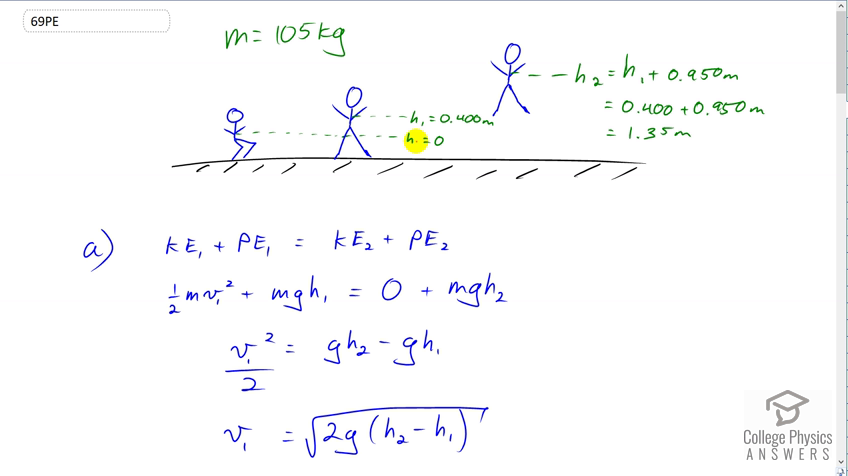