Skip to main content
Change the chapter
Question
(a) How long would it take a $1.50 \times 10^5$-kg airplane with engines that produce 100 MW of power to reach a speed of 250 m/s and an altitude of 12.0 km if air resistance were negligible? (b) If it actually takes 900 s, what is the power? (c) Given this power, what is the average force of air resistance if the airplane takes 1200 s? (Hint: You must find the distance the plane travels in 1200 s assuming constant acceleration.)
Question by OpenStax is licensed under CC BY 4.0.
Final Answer 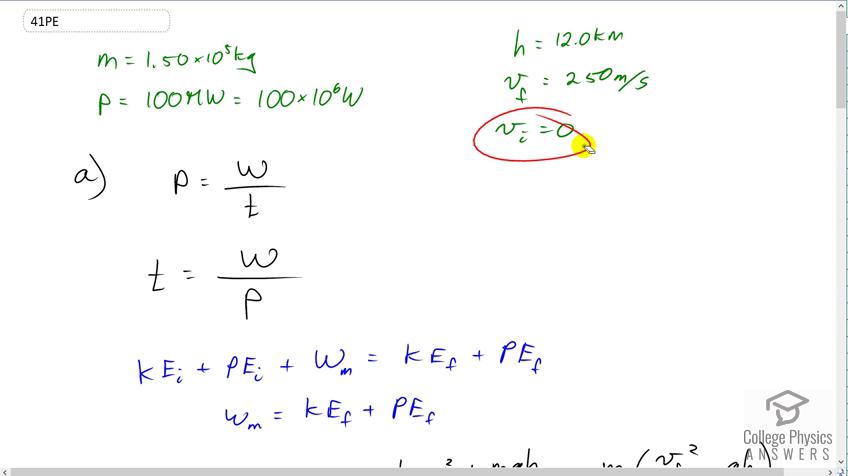 In part C, how do you know that W=KEf+PEf+Wfr?

In reply to In part C, how do you know… by alexgoble

Well, you're saying that $W_c = W_e$, by which you mean the conservative work is the work done by the motor? That's not quite right since the motor accounts for all the types of work, non-conservative included.