Skip to main content
Change the chapter
Question
Two identical pucks collide on an air hockey table. One puck was originally at rest. (a) If the incoming puck has a speed of 6.00 m/s and scatters to an angle of $30.0^\circ$, what is the velocity (magnitude and direction) of the second puck? (You may use the result that $\theta_1 - \theta_2 = 90^\circ$ for elastic collisions of objects that have identical masses.) (b) Confirm that the collision is elastic.
Question by OpenStax is licensed under CC BY 4.0.
Final Answer 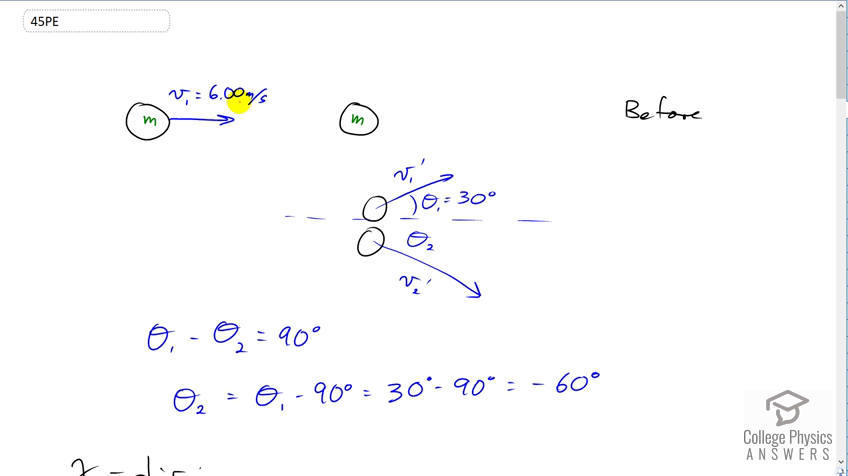