Skip to main content
Advanced search
Question
A punter drops a ball from rest vertically 1 meter down onto his foot. The ball leaves the foot with a speed of 18 m/s at an angle $55^\circ$ above the horizontal. What is the impulse delivered by the foot (magnitude and direction)?
Question by OpenStax is licensed under CC BY 4.0.
Final Answer
$22m\textrm{, }62^\circ\textrm{ above horizontal}$, where $m$ is the mass of the ball in kilograms.
Solution Video 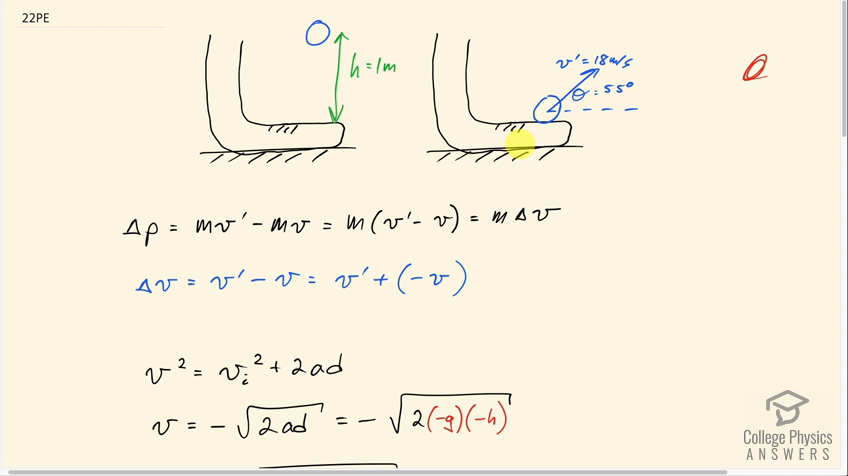