Suppose you drop a rock into a dark well and, using precision equipment, you measure the time for the sound of a splash to return. (a) Neglecting the time required for sound to travel up the well, calculate the distance to the water if the sound returns in 2.0000 s. (b) Now calculate the distance taking into account the time for sound to travel up the well. The speed of sound is 332.00 m/s in this well. 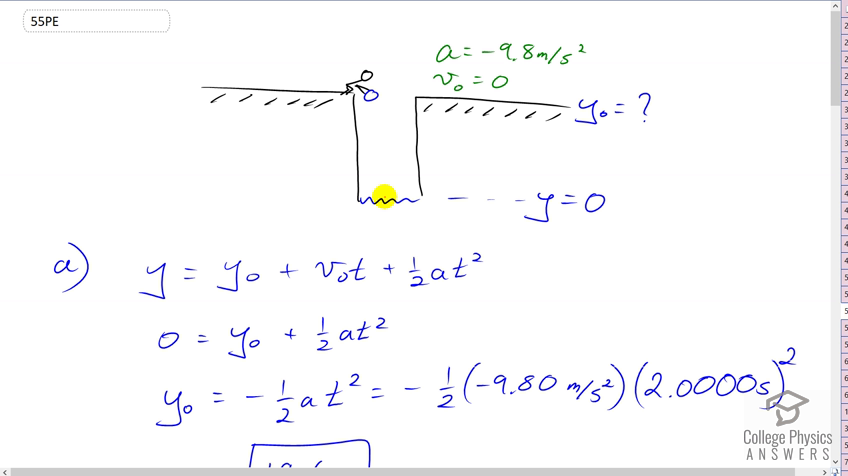 when solving the quadratic equation is there a reason why the 'a' multiplied by 2 on the denominator is not negative?

Hi blue, that's an important question. Part (a) of the problems says to neglect the sound return time, whereas in part (b) we're meant to include it. It's represented in part (b) by the term $t_2$.
All the best,
Shaun