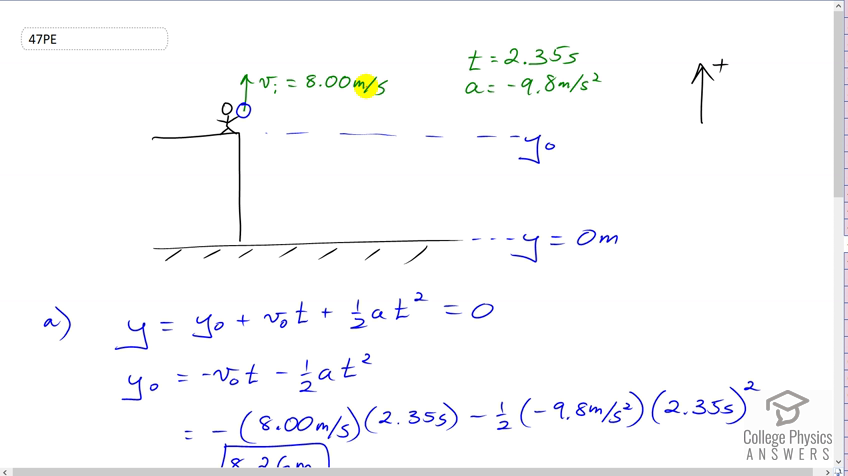 Why is acceleration still negative in part b?

In reply to Why is acceleration still… by josemart015

Hi SayedAbdul, thanks for the question. You understand the given time correctly as the total time after launching the rock upward. It sounds to me like you're wishing for the time when the rock passes the top of the cliff going downward, and that you'd like to use this time to calculate the cliff height? This would be fine, but involves more work to find that time: You would have to calculate the time for a rock launched upward to return to "ground" (which is in quotes since in this case the rock would return to the top of the cliff, slightly displaced to the right so that it will go down the cliff), and then subtract this time from the total flight time.
As a shorter method, I'm using the total flight time in the displacement formula, taking the final position to be zero. The initial velocity is positive to reflect its upward direction, and acceleration is negative, and then $y_o$ is the initial position, namely the cliff height.
Hope this helps,
Shaun

In reply to the time given is the entire… by SayedAbdul