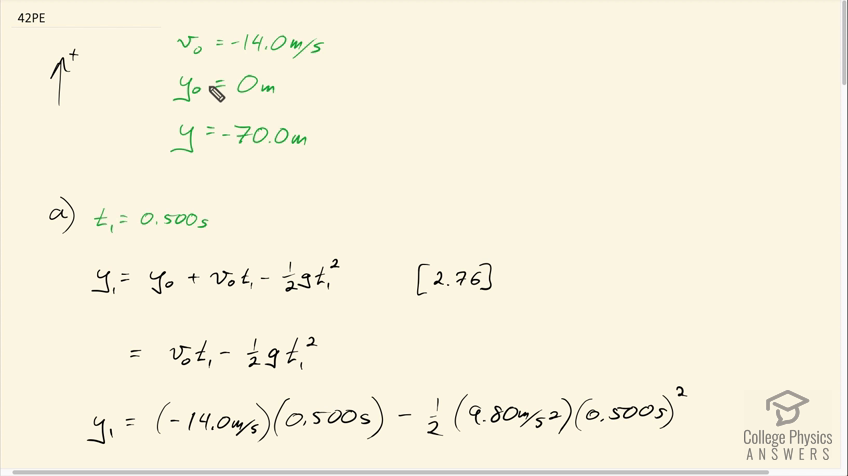 Why would one not value Y subscript 0 at 70m, since the bridge is 70m above the water? The way the question is written, I see the water as being 0. When I did the problems, I got the inverse of your answers, where y subscript 1 is equal to 61.8m, y subscript 2 is equal 51.5, y subscript 3 is equal to 38, etc.

I understand your method, but I am wondering if my answers are wrong because I placed the values differently based on my reading of the question.

I don't understand how he has gravity positive when the coordinate system is clearly positive N and E and negative S and W. Gravity is clearly down which should equate to -9.8. I think his answers are wrong.