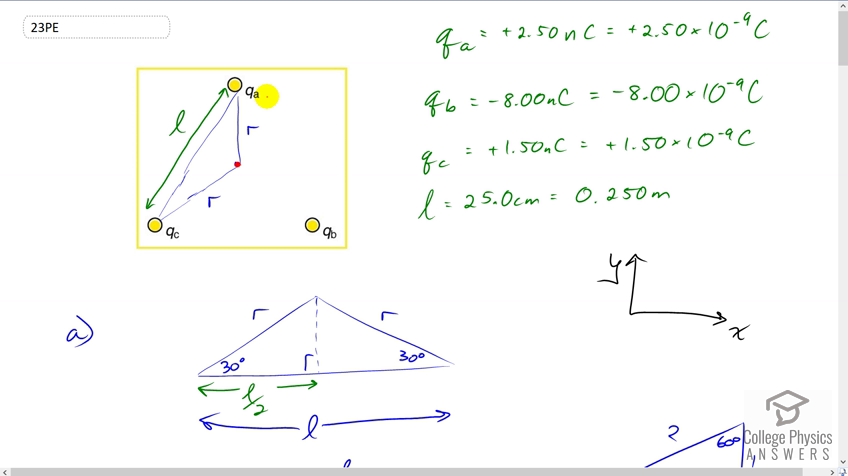 How do you know that its 25cm

Hi tomai, the 25cm is in the image caption... I'll copy it to the main question text as well.

Thanks for the clarifcation for the last question. My 2nd question is how do you know which side to find. Why do we try to solve for qc, why not qb?

Hello, I'm not sure what you mean, since we're finding the electric field at the center of the triangle due to all three charges, not just $q_c$. Could you clarify your question?

In reply to Thanks for the clarifcation… by tomai