Skip to main content
Advanced search
Question
Figure 18.67 below represents the electric field in the vicinity of three small charged objects, R, S, and T. The objects have charges −q, +2q, and −q, respectively, and are located on the x-axis at −d, 0, and d. Field vectors of very large magnitude are omitted for clarity. For the following parts, an electric field directed to the right is defined to be positive.
Question by OpenStax is licensed under CC BY 4.0.
Final Answer
Solution Video 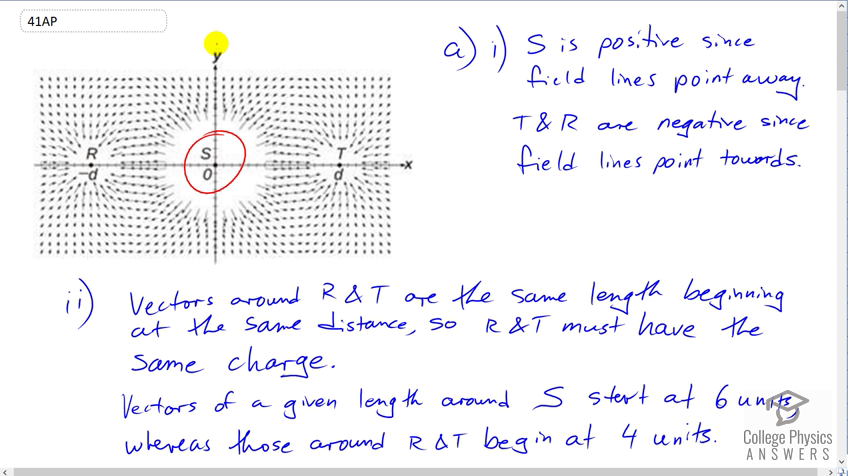