Skip to main content
Advanced search
Question
Figure 18.57 shows an electron passing between two charged metal plates that create an 100 N/C vertical electric field perpendicular to the electron's original horizontal velocity. (These can be used to change the electron's direction, such as in an oscilloscope.) The initial speed of the electron is $3.00 \times 10^6 \textrm{ m/s}$, and the horizontal distance it travels in the uniform field is 4.00 cm. (a) What is its vertical deflection? (b) What is the vertical component of its final velocity? (c) At what angle does it exit? Neglect any edge effects.
Question by OpenStax is licensed under CC BY 4.0.
Final Answer
Solution Video 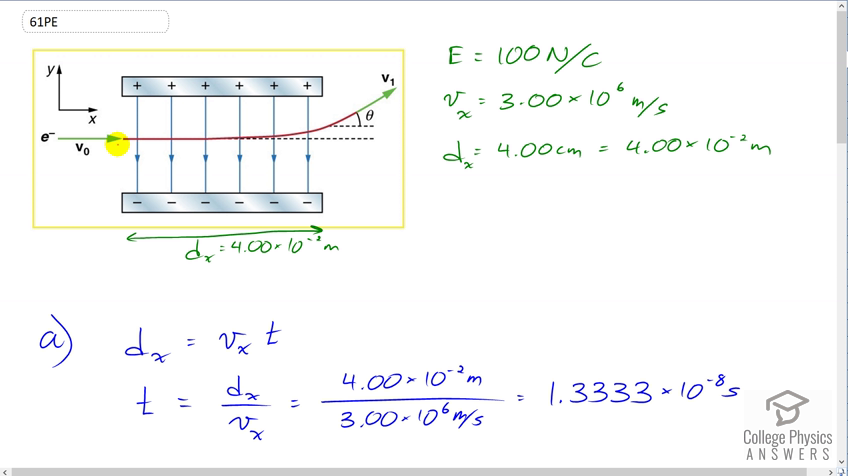