Skip to main content
Advanced search
Question
Commercial airplanes are sometimes pushed out of the passenger loading area by a tractor. (a) An 1800-kg tractor exerts a force of $1.75\times 10^{4}\textrm{ N}$ backward on the pavement, and the system experiences forces resisting motion that total 2400 N. If the acceleration is $0.150 \textrm{ m/s}^2$, what is the mass of the airplane? (b) Calculate the force exerted by the tractor on the airplane, assuming 2200 N of the friction is experienced by the airplane. (c) Draw two sketches showing the systems of interest used to solve each part, including the free-body diagrams for each.
Question by OpenStax is licensed under CC BY 4.0.
Final Answer
Solution Video 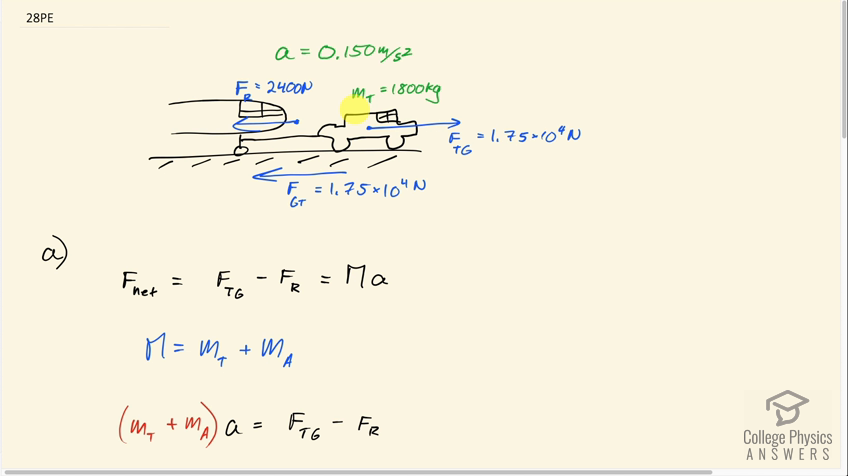