Skip to main content
Change the chapter
Question
The pole in Figure 5.22 is at a $90.0^\circ$ bend in a power line and is therefore subjected to more shear force than poles in straight parts of the line. The tension in each line is $4.00 \times 10^{4}\textrm{ N}$, at the angles shown. The pole is 15.0 m tall, has an 18.0 cm diameter, and can be considered to have half the stiffness of hardwood. (a) Calculate the compression of the pole. (b) Find how much it bends and in what direction. (c) Find the tension in a guy wire used to keep the pole straight if it is attached to the top of the pole at an angle of $30.0^\circ$ with the vertical. (Clearly, the guy wire must be in the opposite direction of the bend.)
Question Image
Question by OpenStax is licensed under CC BY 4.0.
Final Answer
Solution Video 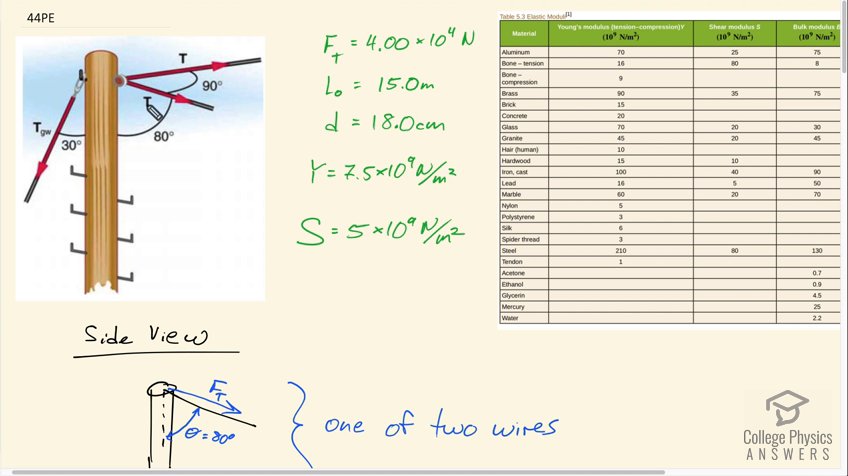