Skip to main content
Change the chapter
Question
This problem refers a the bicycle generator which has a 1.00 by 3.00 cm rectangular coil and 50 turns. It is driven by a 1.60 cm diameter wheel that rolls on the outside rim of the bicycle tire. (a) What is the velocity of the bicycle if the generator’s angular velocity is 1875 rad/s? (b) What is the maximum emf of the generator when the bicycle moves at 10.0 m/s, noting that it was 18.0 V under the original conditions? (c) If the sophisticated generator can vary its own magnetic field, what field strength will it need at 5.00 m/s to produce a 9.00 V maximum emf?
Question by OpenStax is licensed under CC BY 4.0.
Final Answer
Solution Video 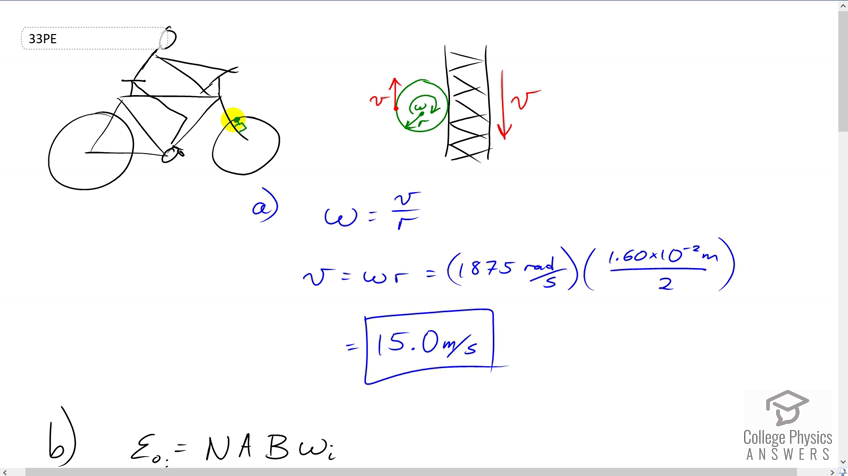