Skip to main content
Change the chapter
Question
A coil is moved through a magnetic field as shown in Figure 23.59. The field is uniform inside the rectangle and zero outside. What is the direction of the induced current and what is the direction of the magnetic force on the coil at each position shown?
Question Image
Question by OpenStax is licensed under CC BY 4.0.
Final Answer
Solution Video 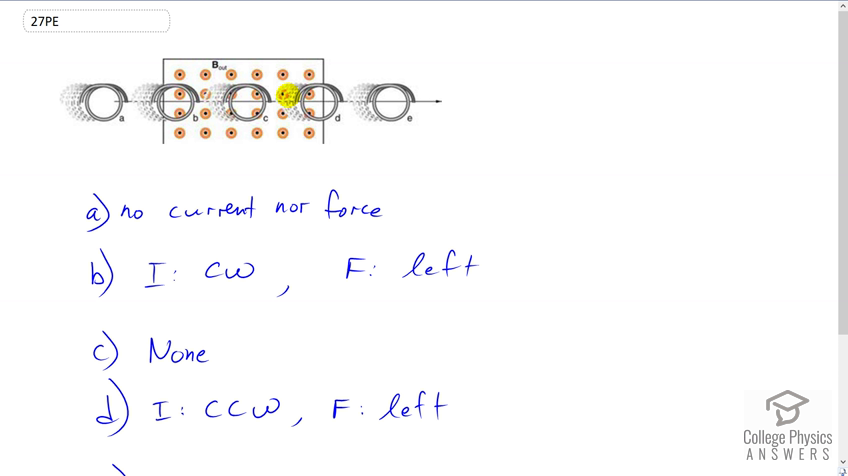