Skip to main content
Change the chapter
Question
The capacitor in Figure 23.55(b) will filter high-frequency signals by shorting them to earth/ground. (a) What capacitance is needed to produce a reactance of $10.0 \textrm{ m}\Omega$ for a 5.00 kHz signal? (b) What would its reactance be at 3.00 Hz? (c) Discuss the implications of your answers to (a) and (b).
Question Image
Question by OpenStax is licensed under CC BY 4.0.
Final Answer
Solution Video 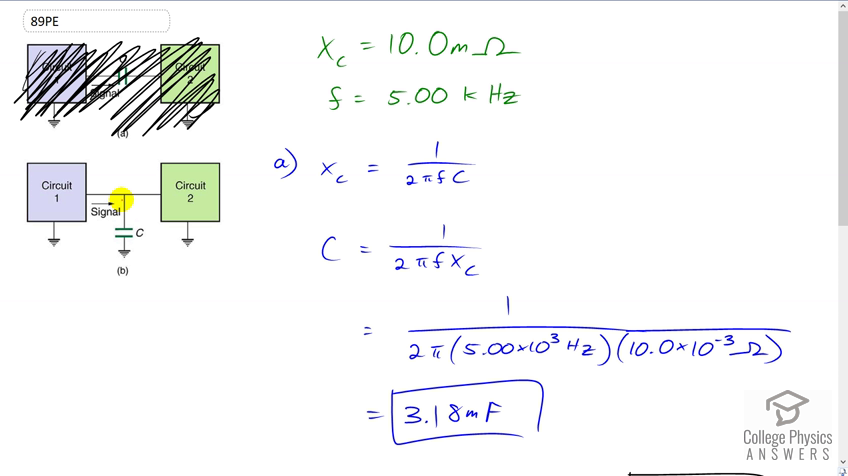