Skip to main content
Advanced search
Question
If a car takes a banked curve at less than the ideal speed, friction is needed to keep it from sliding toward the inside of the curve (a real problem on icy mountain roads). (a) Calculate the ideal speed to take a 100 m radius curve banked at $15.0^\circ$. (b) What is the minimum coefficient of friction needed for a frightened driver to take the same curve at 20.0 km/h?
Question by OpenStax is licensed under CC BY 4.0.
Final Answer
Solution Video 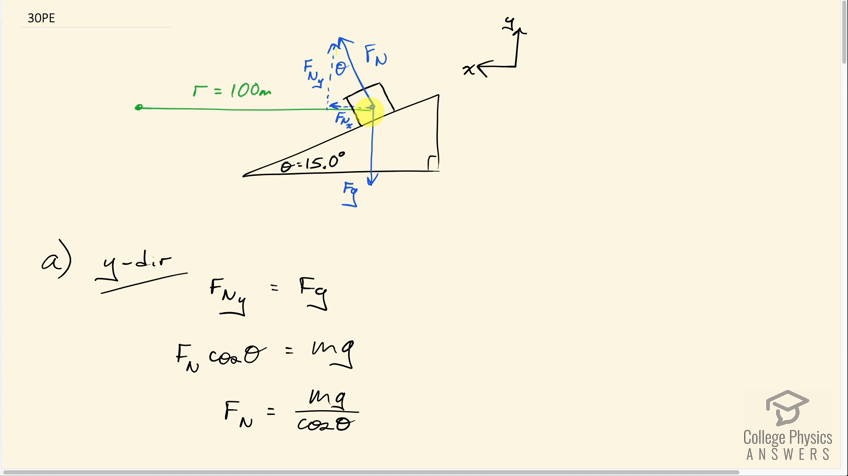