Skip to main content
Advanced search
Question
Astronomical observations of our Milky Way galaxy indicate that it has a mass of about $8.0 \times 10^{11}$ solar masses. A star orbiting on the galaxy's periphery is about $6.0 \times 10^4$ light years from its center. (a) What should the orbital period of that star be? (b) If its period is $6.0 \times 10^7 \textrm{ y}$ instead, what is the mass of the galaxy? Such calculations are used to imply the existence of “dark matter” in the universe and have indicated, for example, the existence of very massive black holes at the centers of some galaxies.
Question by OpenStax is licensed under CC BY 4.0.
Final Answer

Note: at the end of part (b) there is an incorrect answer due to a button pushing mistake on my calculator where I input 6E6 by mistake, when I should have entered 6E4. 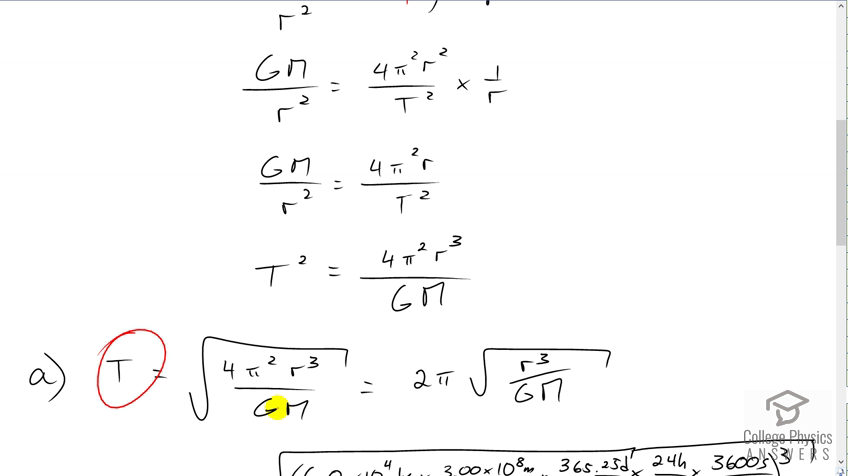