Skip to main content
Change the chapter
Question
While exercising in a fitness center, a man lies face down on a bench and lifts a weight with one lower leg by contacting the muscles in the back of the upper leg. (a) Find the angular acceleration produced given the mass lifted is 10.0 kg at a distance of 28.0 cm from the knee joint, the moment of inertia of the lower leg is $0.900 \textrm{ kg} \cdot \textrm{m}^2$, the muscle force is 1500 N, and its effective perpendicular lever arm is 3.00 cm. (b) How much work is done if the leg rotates through an angle of $20.0^\circ$ with a constant force exerted by the muscle?
Question by OpenStax is licensed under CC BY 4.0.
Final Answer 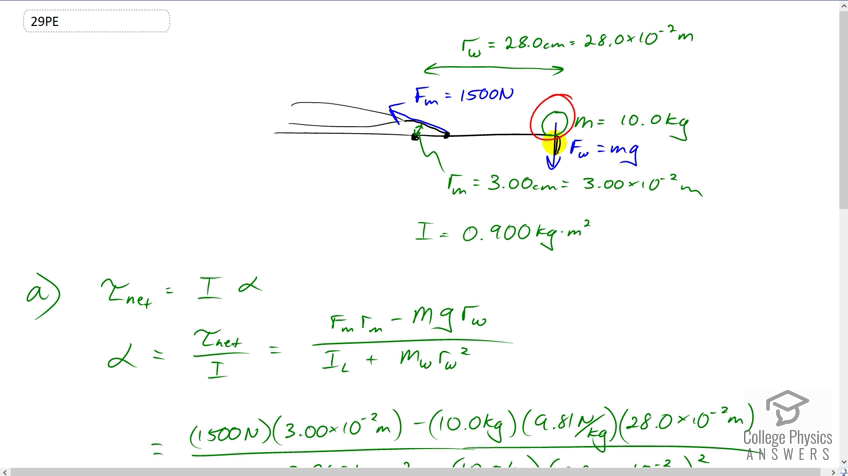