Skip to main content
Change the chapter
Question
Repeat Example 10.15 in which the stick is free to have translational motion as well as rotational motion. 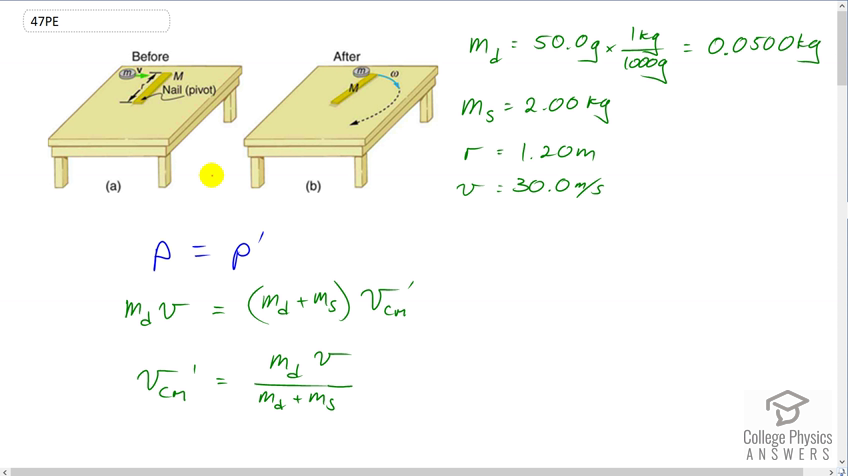