Skip to main content
Change the chapter
Question
The length of nylon rope from which a mountain climber is suspended has a force constant of $1.40 \times 10^4 \textrm{ N/m}$. (a) What is the frequency at which he bounces, given his mass plus and the mass of his equipment are 90.0 kg? (b) How much would this rope stretch to break the climber’s fall if he free-falls 2.00 m before the rope runs out of slack? Hint: Use conservation of energy. (c) Repeat both parts of this problem in the situation where twice this length of nylon rope is used.
Question by OpenStax is licensed under CC BY 4.0.
Final Answer
Solution Video 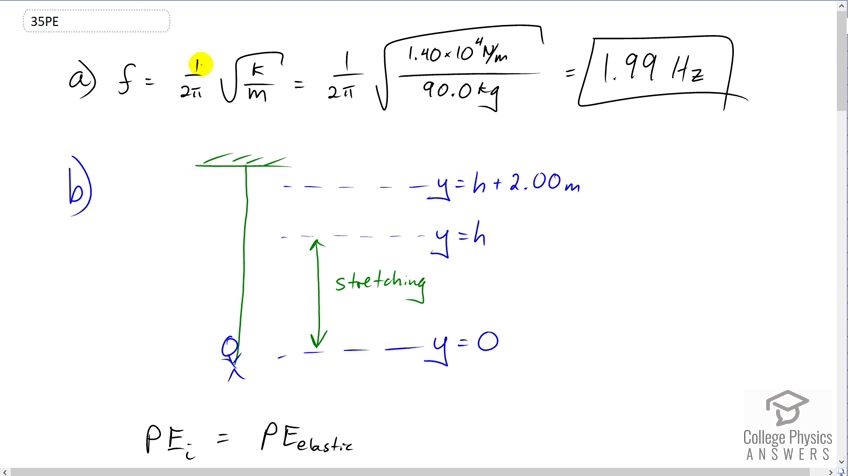