Skip to main content
Change the chapter
Question
(a) In Figure 18.59, four equal charges $q$ lie on the corners of a square. A fifth charge $Q$ is on a mass $m$ directly above the center of the square, at a height equal to the length $d$ of one side of the square. Determine the magnitude of $q$ in terms of $Q$ , $m$ , and $d$ , if the Coulomb force is to equal the weight of $m$. (b) Is this equilibrium stable or unstable? Discuss.
Question Image
Question by OpenStax is licensed under CC BY 4.0.
Final Answer
Solution Video 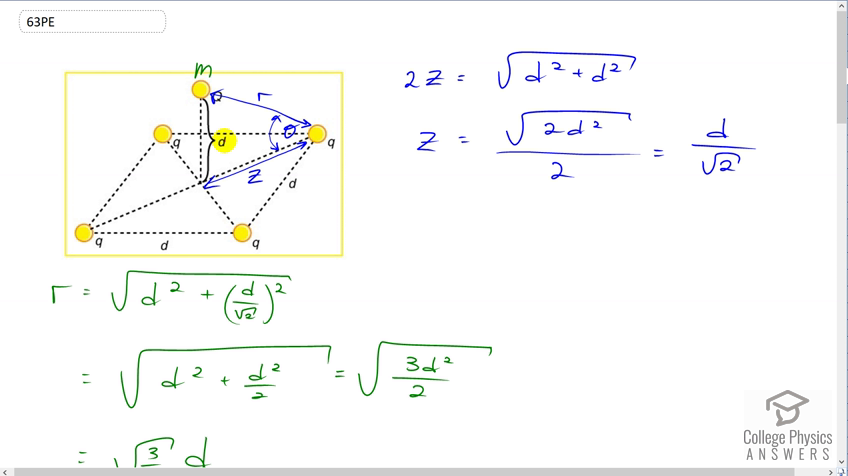