Skip to main content
Change the chapter
Question
Consider a parallel plate capacitor, with no dielectric material, attached to a battery with a fixed voltage. What happens when a dielectric is inserted into the capacitor?
Question by OpenStax is licensed under CC BY 4.0.
Final Answer 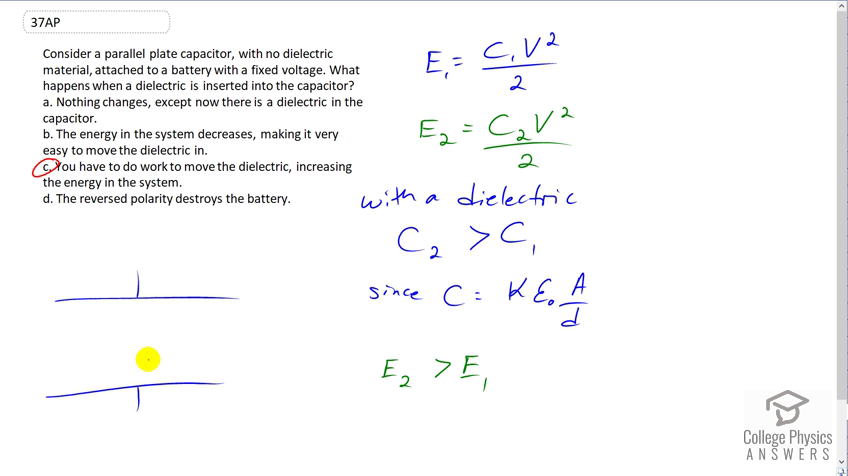