Skip to main content
Advanced search
Question
Repeat Exercise 5.18 with the contestant pulling the block of ice with a rope over his shoulder at the same angle above the horizontal as shown in Figure 5.23 (b).

A contestant in a winter sporting event pushes a 45.0-kg block of ice across a frozen lake as shown in Figure 5.23(a). (a) Calculate the minimum force $F$ he must exert to get the block moving. (b) What is the magnitude of its acceleration once it starts to move, if that force is maintained?
Question Image
Question by OpenStax is licensed under CC BY 4.0.
Final Answer 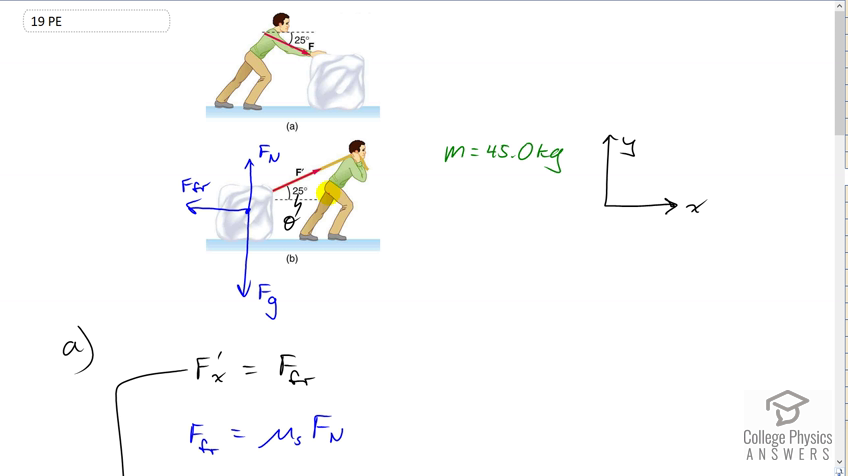