Skip to main content
Change the chapter
Question
Referring to the electric room heater considered in the first example in this section, calculate the intensity of IR radiation in $\textrm{W/m}^2$ projected by the concave mirror on a person 3.00 m away. Assume that the heating element radiates 1500 W and has an area of $100 \textrm{ cm}^2$, and that half of the radiated power is reflected and focused by the mirror.
Question by OpenStax is licensed under CC BY 4.0.
Final Answer
$621 \textrm{ W/m}^2$
Solution Video 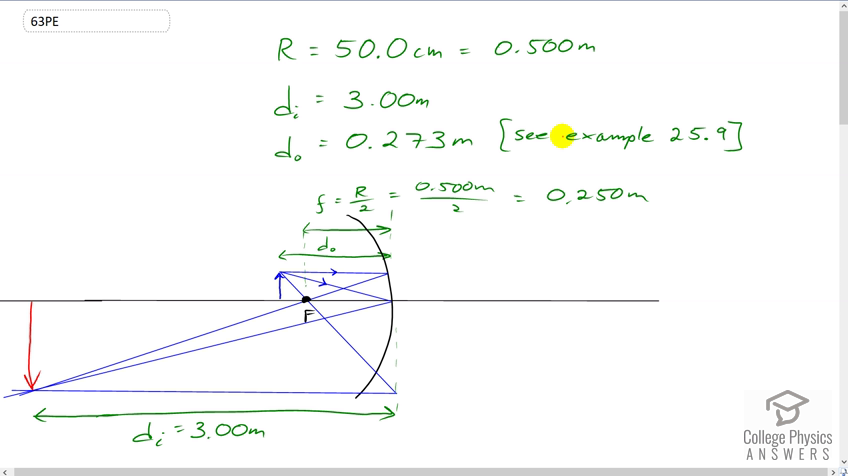