Skip to main content
Change the chapter
Question
Suppose you want to operate an ideal refrigerator with a cold temperature of $-10.0^\circ\textrm{C}$, and you would like it to have a coefficient of performance of 7.00. What is the hot reservoir temperature for such a refrigerator?
Question by OpenStax is licensed under CC BY 4.0.
Final Answer 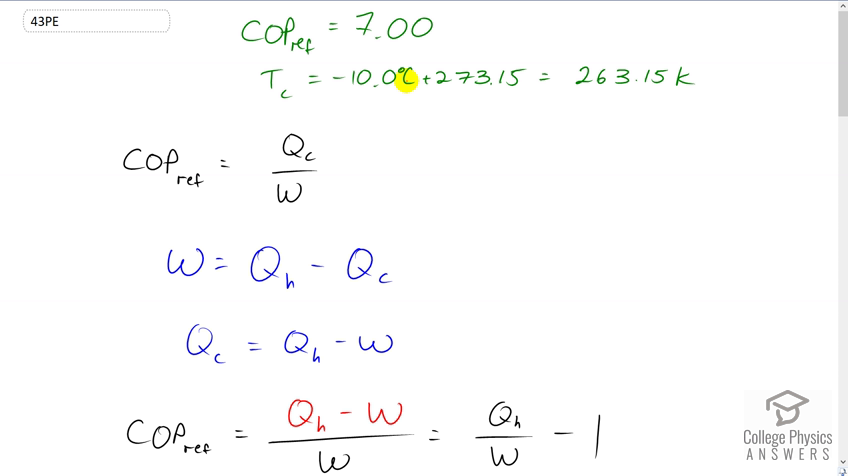