Serving at a speed of 170 km/h, a tennis player hits the ball at a height of 2.5 m and an angle $\theta$ below the horizontal. The baseline from which the ball is served is 11.9 m from the net, which is 0.91 m high. What is the angle $\theta$ such that the ball just crosses the net? Will the ball land in the service box, which has an outermost service line that is 6.40 m from the net?

Yes, the ball will land within the service box. 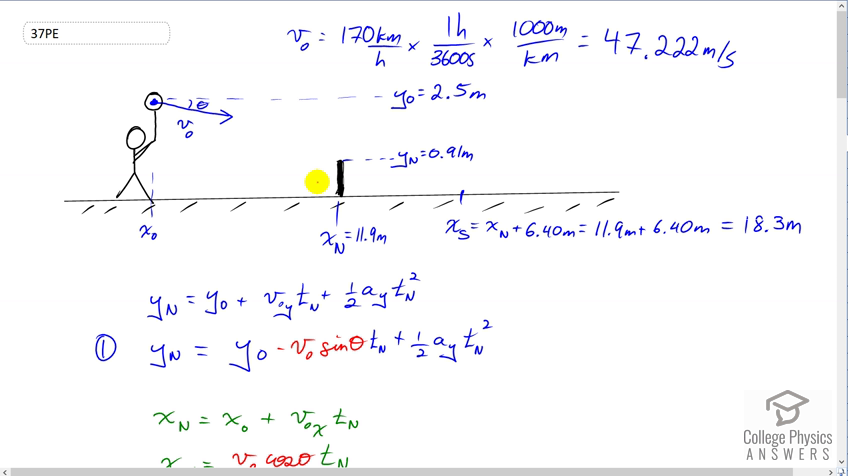