Skip to main content
Change the chapter
Question
A very myopic man has a far point of 20.0 cm. What power eyeglasses, positioned 1.50 cm from his eyes, will correct his distant vision?
Question by OpenStax is licensed under CC BY 4.0.
Final Answer
-5.41 D
Solution Video 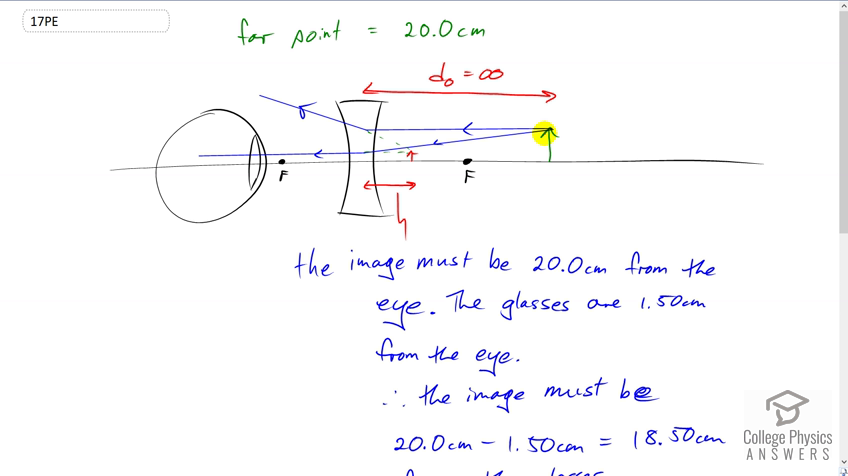