Skip to main content
Advanced search
Question
A group of students is stacking a set of identical books, each one overhanging the one below it by 1 inch. They would like to estimate how many books they could place on top of each other before the stack tipped. What information below would they need to know to make this calculation?
Question Image
Question by OpenStax is licensed under CC BY 4.0.
Final Answer

$n = w$. The number of books that can be stacked equals the width of each book in inches. See the solution video for an explanation.
Answer: (d). 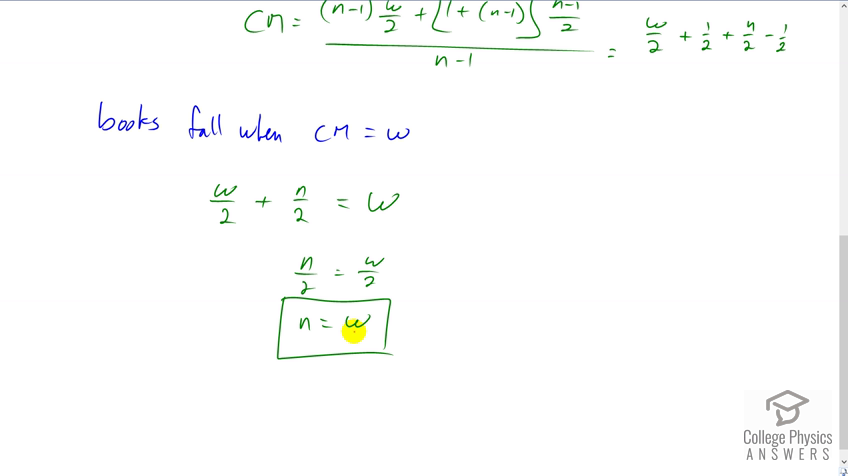