Skip to main content
Change the chapter
Question
A student is testing the properties of a mirror with an unknown radius of curvature. The student notices that no matter how far an object is placed from the mirror, the image seen in the mirror is always upright and smaller than the object. What can the student deduce about this mirror?
Question by OpenStax is licensed under CC BY 4.0.
Final Answer
(a)
Solution Video 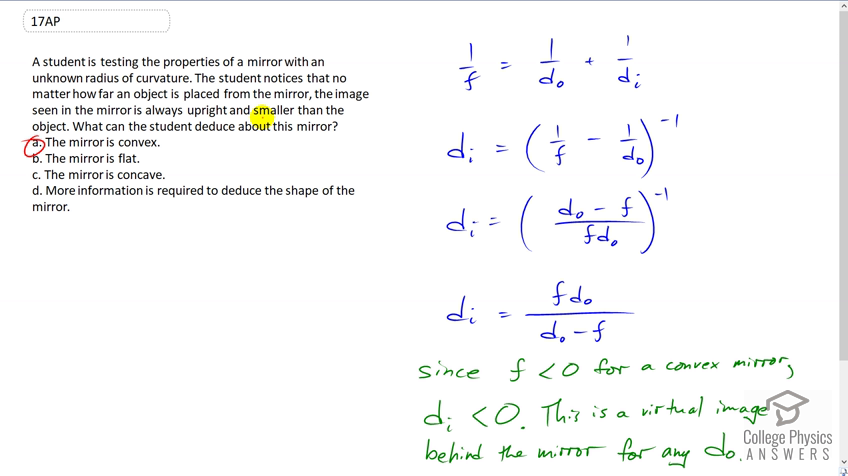