Skip to main content
Advanced search
Question
A mother sees that her child’s eyeglasses prescription is 0.750 D, for eyeglasses that are positioned 2.20 cm from her eyes. What is the child’s near point?
Question by OpenStax is licensed under CC BY 4.0.
Final Answer
29.7 cm
Solution Video 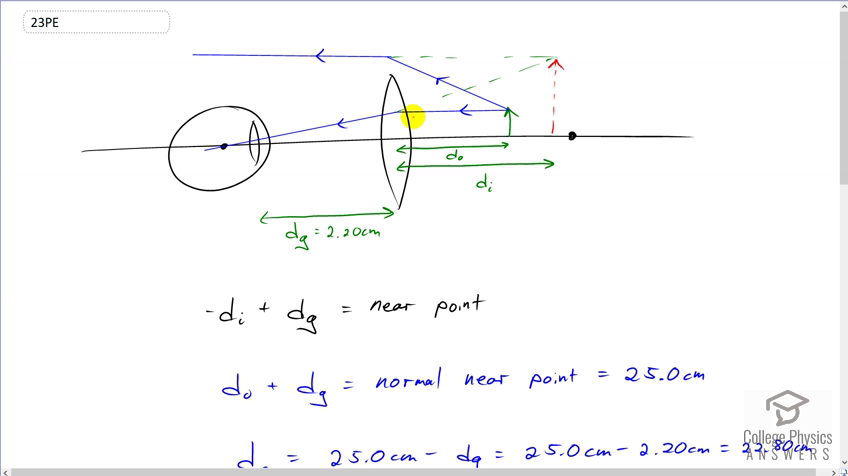